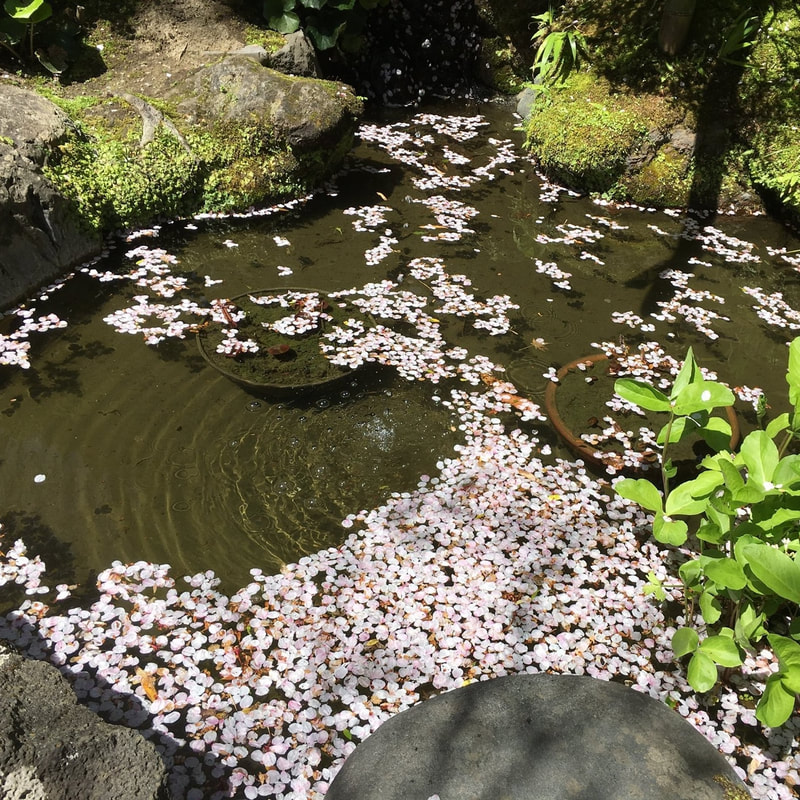 While I was born in the United States, I moved to Japan at a very young age and grew up there until college. In spite of the many hardships of adjusting to a completely different and in many ways “opposite” environment to America, I was also very fortunate to be exposed to and immersed in the various beauties of the traditional culture of Japan.  Having an American father and a Japanese mother, I come from a solidly bilingual and bicultural background, one result of which is native fluency in both English and Japanese. My first encounter with the violin was through my Grandfather who was a semi-professional concert violinist. My first violin lesson was at a workshop at Northwestern University, Evanston, Illinois. I started playing the violin at the age of four and have always been engrossed and fascinated by the art of violin performance and composition. I play the violin with a wide repertoire ranging from Bach solo violin works to compositions by Bartok and Prokofiev, as well as pieces by Corelli, Vitali, Telemann, Haydn, Mozart, Beethoven, Rode, Spohr, Bériot, Mendelssohn, Veuxtemps, Lalo, Bruch, Dvorak, Debussy and Kreisler. I have also been a member of the University Baroque Ensemble directed by Davitt Moroney and I have received private Baroque violin lessons from Carla Moore for a year. I have an extensive dossier in jazz performance and composition as well. I have also studied the organ for a semester.

Among the many wondrous experiences I have had growing up in Japan, I had the privilege of being taught the art of Kyogen under the Kyogen master Tojiro Yamamoto throughout my elementary school years. I also had the privilege of performing various Kyogen pieces including: “Shibiri” (しびり, lit. “The Numbing”); “Kaki Yamabushi” (柿山伏, lit. “The Persimmon Mountain-Training Monk”) and “Busu” (附子, lit. “Aconite”). Later, I also had the honor of performing “Kusabira” （茸, lit. “Mushroom”）at a performance with the masters themselves. I learned a great deal about Japanese aesthetics and culture through this experience, which, to be frank, I had been taking for granted until my return to America for college. Upon returning I soon came to realize that there were many things that could not be directly translated into Western/American cultural norms, and further, that explaining them was no easy task either. I found myself explaining for hours and hours to communicate what to me was the simplest and most viscerally understood concepts that were to be breathed like air when in Japan. Even after such concepts are at least conceptually understood, I sometimes can’t help feeling that the results are only neo-colonized and filtered down versions of the original experiences, tailored to fit the western norm of thinking. It is my privilege as well as my burden to often feel that I intuitively inhabit two cultures which are highly resistant, on a very fundamental level, to mutual understanding. No matter how one might try to explain the deep awe one feels when visiting the temples or shrines in Japan, the strong intuitive sense that nature’s essence lies in the shrines and the shrine’s essence in nature, it more often than not comes out sounding “ridiculous” or somewhat “silly,” when explained in plain words of English.
​
However, after undergoing this sort of experience a number of times, the frustration turned into a drive and determination to be able to truly share such cultural aesthetics in a more visceral way through music. Indeed, it turned into a drive to achieve a true cultural and even philosophical communion. And I believe the best way to do that is by revisiting my other cultural heritage from my new vantage point and to attain a new mastery of its aesthetics and philosophy through music. Only then, through the communion of musical beauty, will the two cultures achieve a true synthesis. I intend to revisit Japan, now more deeply attuned to the fascinating and universal world of music, in order to learn more about the various musics of Japan and its aesthetics, and to be able to incorporate them into my compositional studies. In my work, I explore various compositional styles from neo-baroque to odd-meter jazz. I aspire to an unusual and creative approach to musical composition, perhaps reflecting my bilingual and bicultural background, of being both American and Japanese. My harmonies are neither Western nor non-Western but a unique blend of sonorities that never quite look correct on paper but aurally blend beautifully.